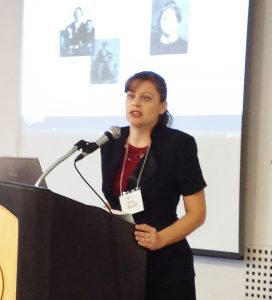 April Young Bennett works with church leaders and comments in news media about issues of gender equity in church policy.

April completed a comprehensive analysis examining gender inequities within written policies of the Church of Jesus Christ of Latter-day Saints (LDS, Mormon) and shared her results with church leadership.

Salt Lake City offers glimpse of socialism, Mormon-style:
Utah has one of the nation’s lowest rates of income inequality in part because of the Church of Latter-day Saints’ welfare system, but it also ranks dead last for economic equality for women | The Guardian

With the church’s blessing, Mormon girls are passing the sacrament — and not just to the members sitting next to them

With a new president and new apostles, Mormon General Conference is sure to make history, but will speakers touch on timely topics?

No Scouting? Mormon youth culture is about to change — big time

Women’s March was a principled event